10 of the Most Popular Tourist Attractions in Paris

Paris is one of the most popular destinations for world travellers. In 2013, an estimated 85.7 million people from foreign countries visited France, making it the most popular tourist destination in the world. Of that 85.7 million, 15.6 million visited Paris alone, which put it above London in tourism. Looking at all that Paris has to offer – from its rich art scene to its decadent food – it is easy to see how travellers flock to this place.

Below are ten of the most popular destinations in Paris. A visit to each of these places will leave the Paris traveller with an overwhelming love for French culture and with the feeling that they never want to leave. 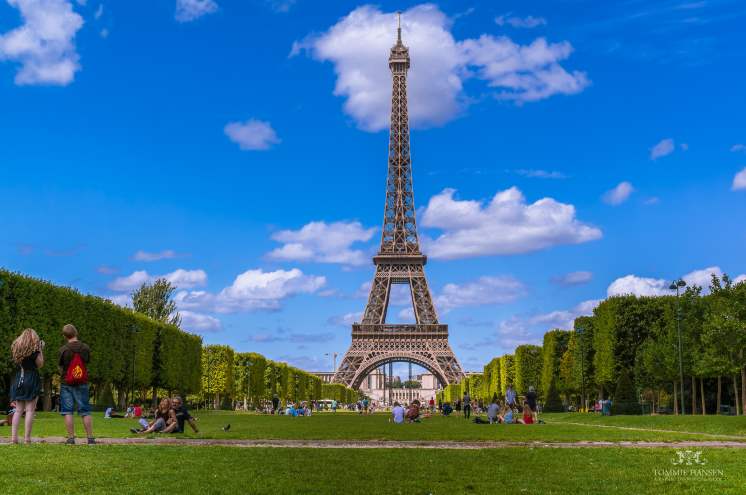 The Eiffel Tower, or Tour Eiffel, is unquestionably the most popular place to visit in Paris. It is arguably the most recognizable piece of French culture in the world. Built in 1889, this structure was the tallest in the world until 1930. Today, people who want to reach the top have the option to take an elevator. However, stairs were the only method for getting to the top for a long while. Tourists can still reach the top by stairs today, but with over 1000 steps, it is not the most optimal way to get there.

In the past, the tower was used for everything from holding billboards to housing Nazi propaganda. During World War Two, Nazis had control of the tower and no citizens were allowed up. However, now it stands unmarred and majestic over the whole of the city, and millions of tourists make their way up to the crown of the city.

No visit to this city is complete without a stop to the Louvre. This museum is a world treasure, containing some of art history's most famous works. Whether you stop at the Venus De Milo or walk by Mona Lisa, you won't be bored here. The museum also is a wealth of knowledge about French history. While visitors can opt to walk themselves through the museum, there are also guided tours of the museum and audio guides available for the visitor. The Louvre is also host of many events and rotating exhibitions. Their auditorium has monthly lectures, films, and live performances. 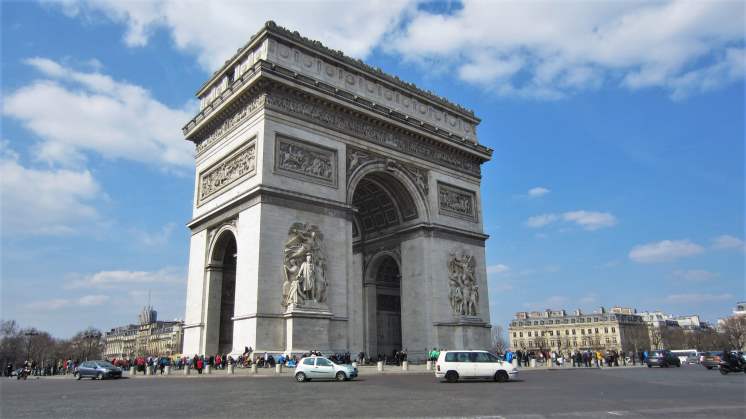 The Arc de Triomphe is unique to Paris, and is also a focal point for many events in French history. Located on the Champs-Élysées, this monument honours those who fought during the Napoleonic wars. Although it was built in the early 1800's, it is still used as a memorial today. More recently, a memorial flame and a daily ritual to memorialized those who have passed has been added to the Arc. 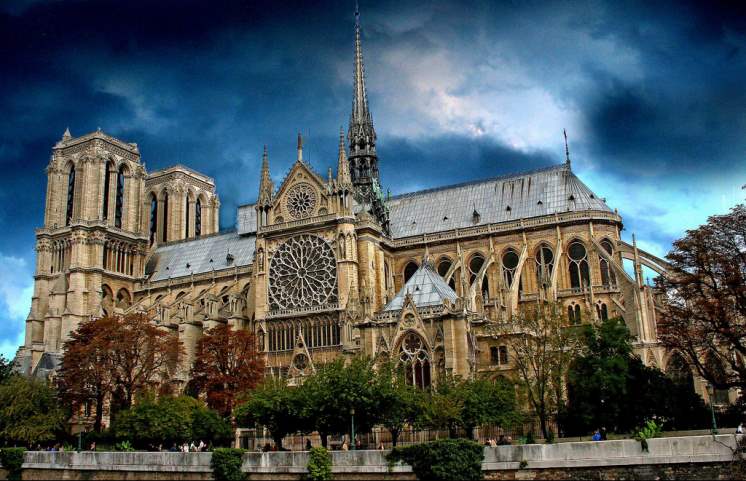 The Notre Dame Cathedral is second to the Eiffel Tower in terms of popular places to visit in Paris. The first stonework for the Cathedral was laid in 1163, making it one of the oldest places in Paris. Although the building has been renovated many times, it is still full of mystery and history. For Catholics, or those interested in a religious service, Notre Dame is still a fully-functional cathedral with daily masses. For the general public, it is open every day from 7:45am to 6:45 pm. 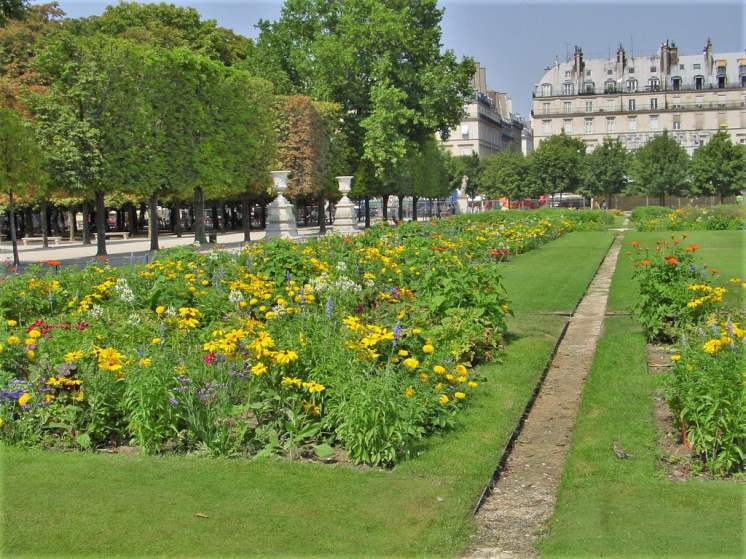 This garden is a beautiful public place to walk around and get away from the hustle and bustle of the big city. Originally, this was a private garden for Royalty. Created by Catherine Medici in 1564, it was after the French Revolution that this garden was opened to the public. Today, visitors can view its variety of bronze and marble sculptures, bridges, and fountains. 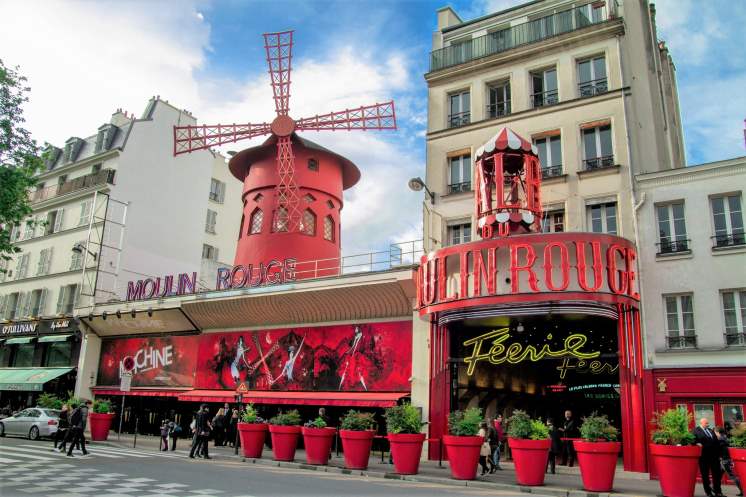 After many years, the Moulin Rouge came into popularity after Baz Luhrmann's film, depicting the love affair between an artist and a courtesan, brought it back into the limelight. Although the Eiffel Tower gained the biggest spotlight, this building was erected in the same year as it's tall cousin. Can-can and Cabaret gained global popularity at this spot, and rich men flocked here to get a feel for blue-collar entertainment. Today, although it is considered much less risqué, diners can enjoy a meal while viewing live entertainment. 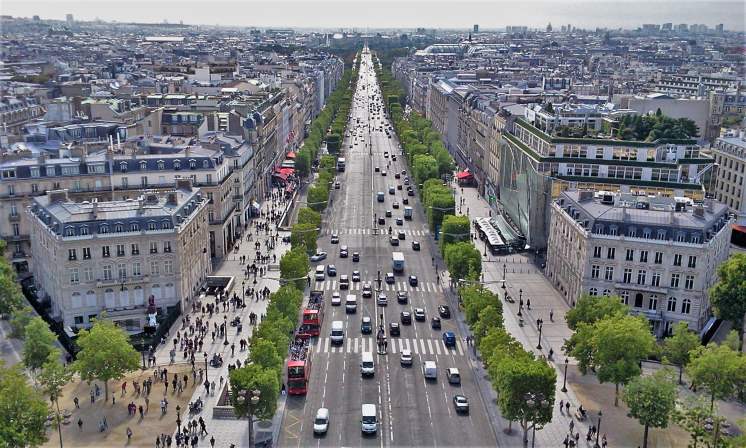 This main Parisian thoroughfare, named after the Elysian Fields, is a must-see for all travellers. This is where many of the main tourism spots are located, including the Arc De Triomphe and the conclusion of the Tour De France. In addition, this is where the avid shopper will find all the luxury shops, cafes, and bakeries that they could need. 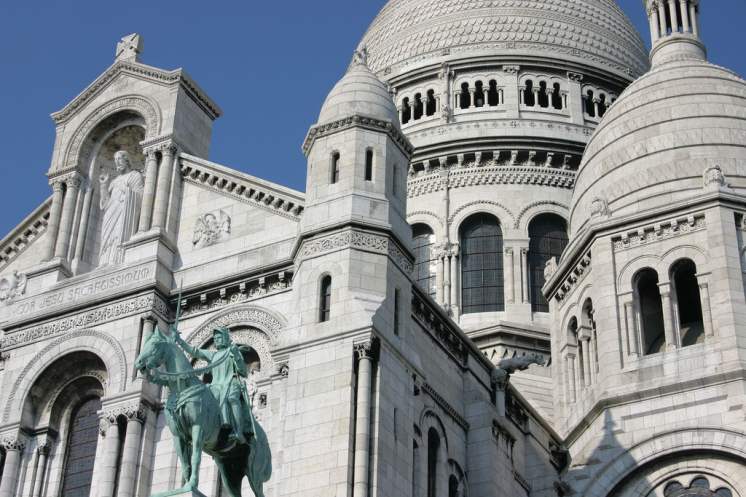 This section of Paris, containing the Scare Coeur Cathedral, was also featured in Baz Luhrmann's film. It was, and still is, considered the artist's quarters of the city. It is an interesting mix of traditional conservative values, due to its importance to the Catholics, and strong bohemian vibes. One of the oldest sections of Paris, it has supposedly been occupied since Gallo-Roman times. It is considered to be the best nightlife spot, but also is home to museums and a Funicular. 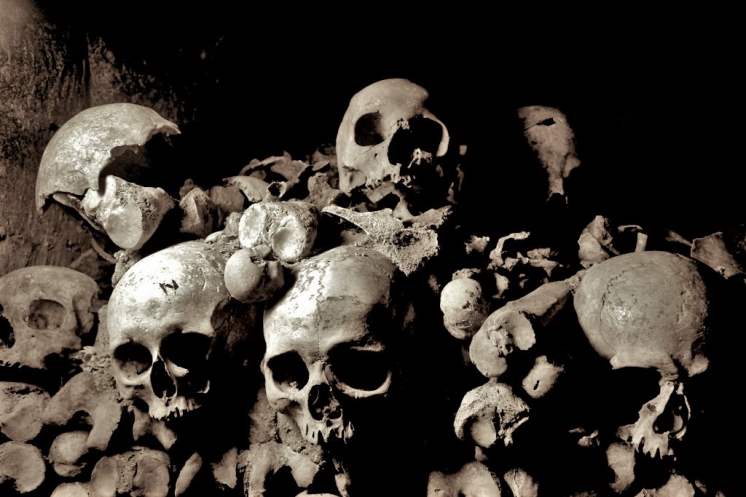 Where better to get your dose of history and to get creeped out than in the Paris Catacombs? Starting in 1786, Parisian cemeteries began moving bodies to the catacombs. Underneath the city, at about 1.5 kilometres long, lay the remains of close to 7 million people, including famous historical figures like Maximilien Robespierre. Tours generally take 45 minutes, and take you into the depths of the Paris underground. 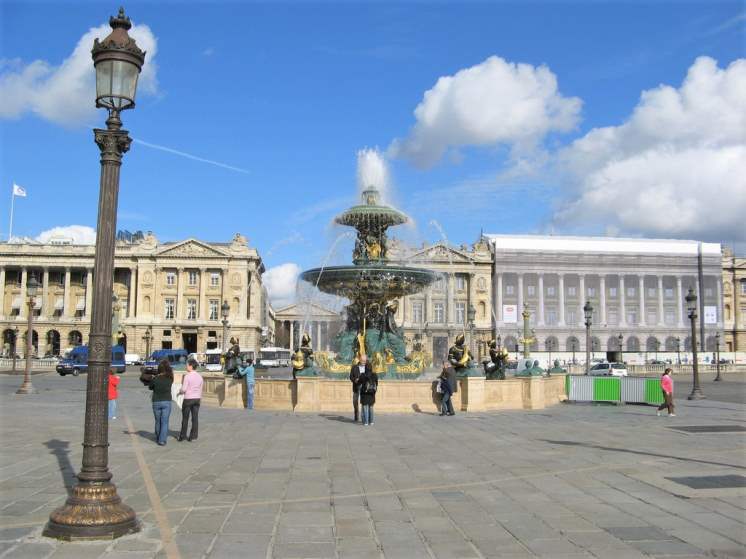 This feature, located at the Eastern end of the Champs-Élysées, is a centrally located park that offers magnificent views of the Seine, spectacular fountains, as well as a glimpse into history. The park is designed in an octagonal shape, and at each of the corners there is a commemorative statue. While today it remains a relatively peaceful, popular park, this was once the centre of the revolution, and where the majority of guillotine executions were carried out. Place De La Concord also offers views of the surrounding city without the need to be in the busiest part of it.